Maddee Doerr of Cochise College in Sierra Vista, Arizona was named the Female All Around Rookie of the Year and was presented a $500 scholarship from the Alumni. This scholarship was given in memory of Charlotte Laycok, NIRA Alumni Friend and supporter.

Cisco College cowboy, Ty Harris captured the $500 Male All Around Rookie of the Year in 2018. Cisco College is in Cisco, Texas.

“Each year our Alumni continue to contribute more and more to our scholarship fund. Consequently, we are able to present athletes scholarships to help them pursue a college education while participating in intercollegiate rodeos,”stated Butch Bratsky, NIRA Alumni President.

Will Centoni of Cuesta College was named the Jerry Beagley All Around Cowboy Award. This scholarship was designated to be awarded to a cowboy who placed in both a timed event and rough stock event during the CNFR. Beagley was a duo competitor when he attended college in the 70’s and wanted to award the $500 scholarship annually.

Additional $500 NIRA Alumni, Inc. Rookie of the Year scholarships were presented to the following students in their designated college rodeo event: 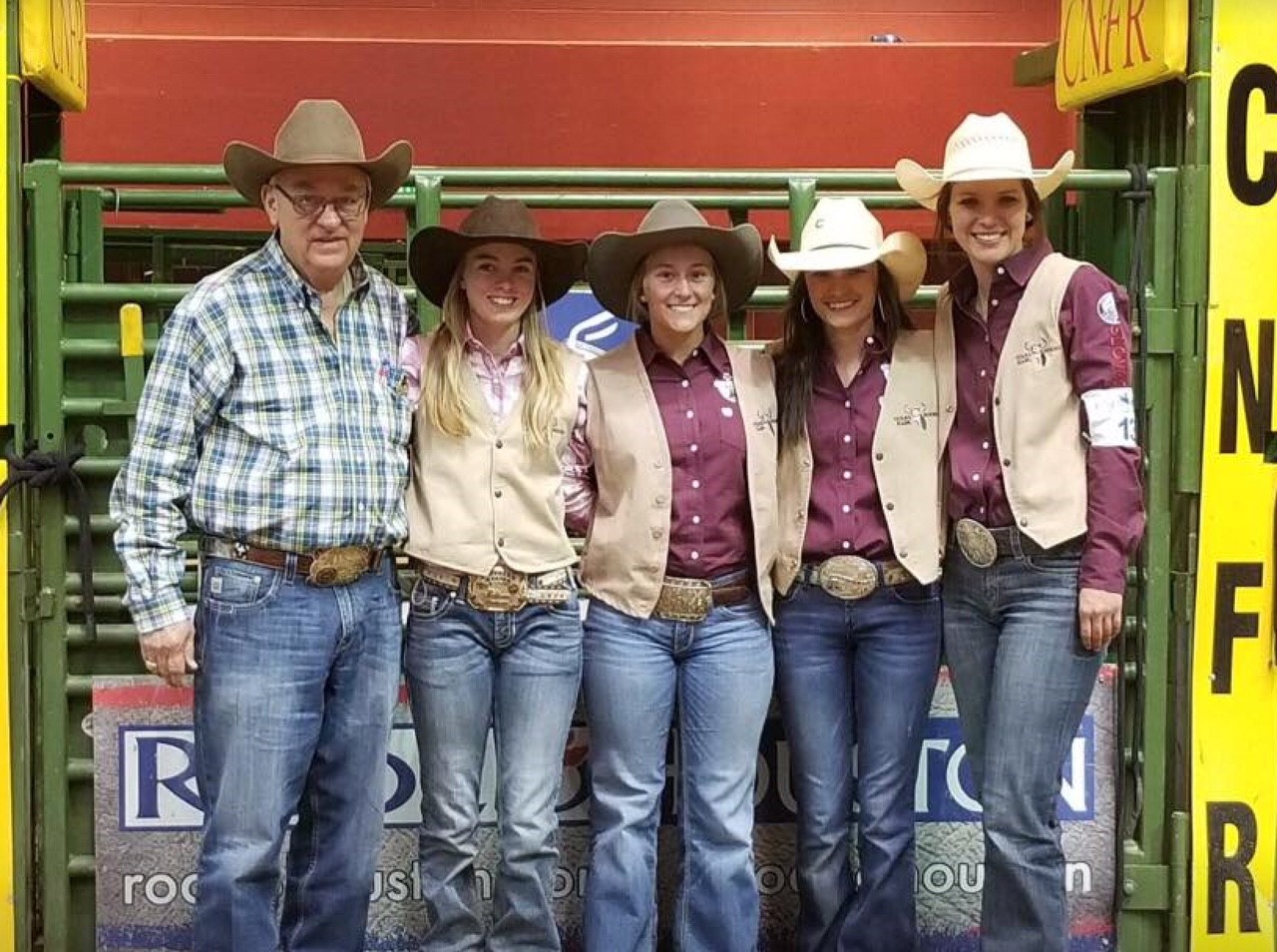 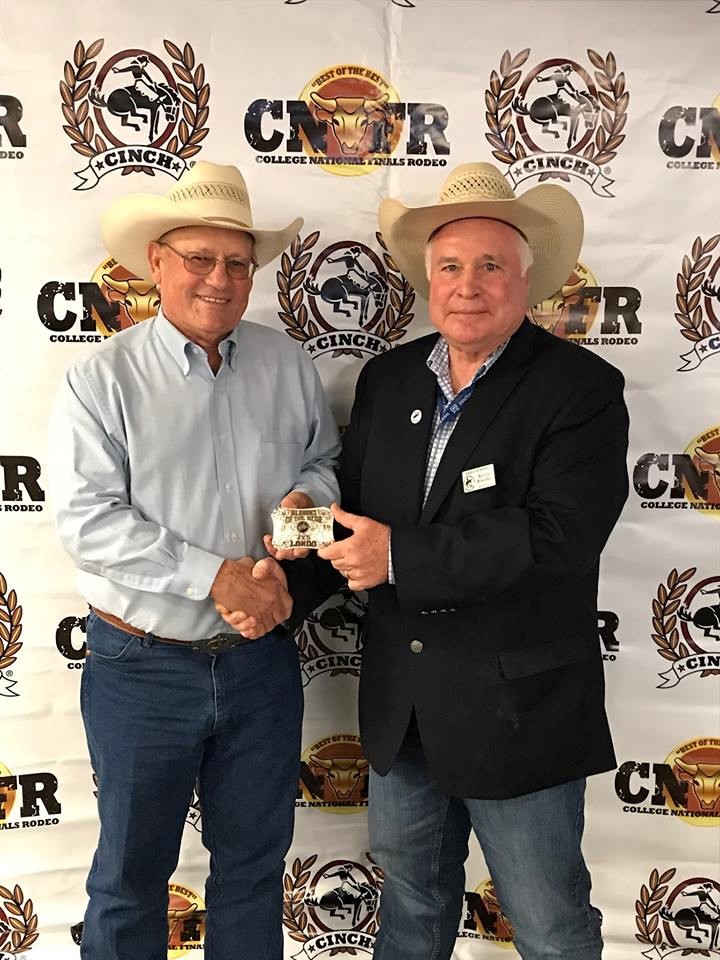 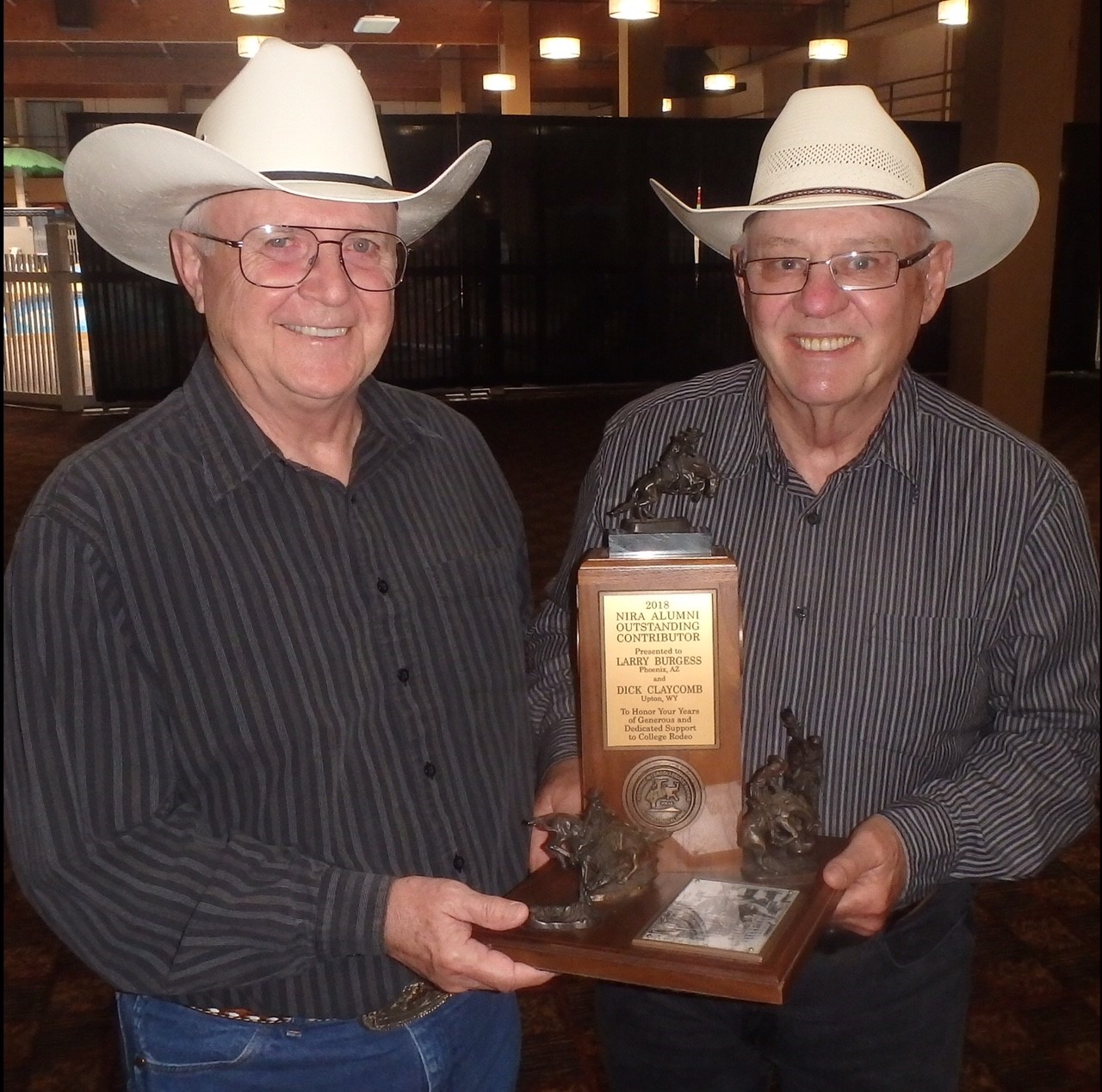 Larry Burgess and Dick Claycomb were awarded the NIRA Alumni, Inc. Outstanding Contributor Award Saturday at the NIRA Foundation Luncheon. The award is given yearly to NIRA Alumni in honor of their years of generous and dedicated support to college rodeo.