The first 50 years of the NIRA 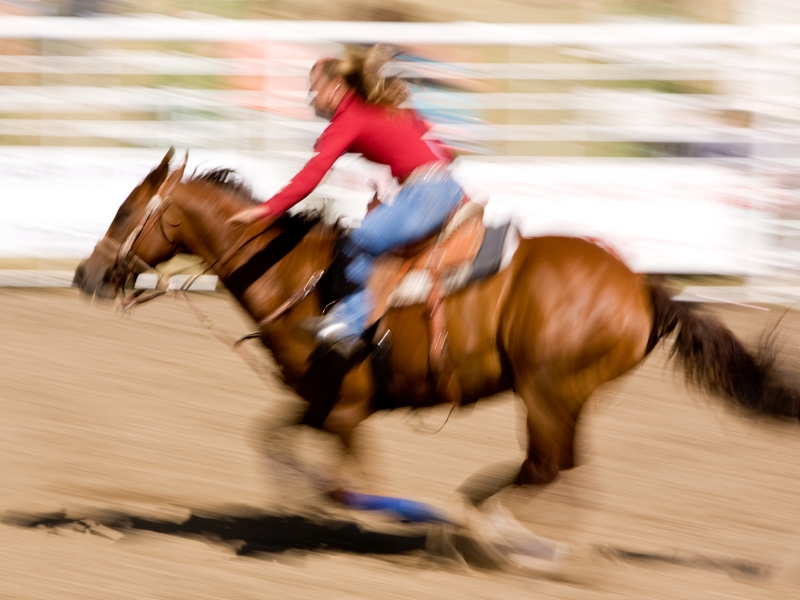 As we embark on the next 50 years of college rodeo, it is appropriate to take a look at the 50 that have brought us to where we are now. Sort of a History 101 lesson, without a final.Let us take you back to the days of horned rim glasses, Pearl Harbor, and college rodeos earliest beginnings...

With World War II coming to an end, and college rodeo popularity on the rise, the need for a sanctioning body was upon us. At a meeting on November 6th, 1948, in Alpine, Texas, twelve schools came together to discuss the creation of the National Intercollegiate Rodeo Association. Decided at that meeting was the need for a constitution, which was then established at a second meeting held in February 1949.

Hank Finger, then Sul Ross State Universities Rodeo Club President and chairman of the constitutional committee, worked with that committee on developing eligibility guidelines, scholastic standards, and rodeo structure. The committee created a format for intercollegiate rodeo that would remain consistent throughout the country and provide national recognition for their constituents.

At the first NIRA National Convention on April 14-15, 1949, in Denver, Colorado, final approval of the constitution was granted, fees were accepted, and rules and regulations were finalized. Three regions were formed; Southern, Northwest, and Rocky Mountain. Pro-tem president Charles Rankin was elected NIRA president. There were thirteen member schools at this time, representing Colorado, Oklahoma, New Mexico, Arizona, Wyoming, and Texas.

August 1949 marked the official, legal birth of NIRA when they filed for non-profit status. The first College National Finals Rodeo was held the same year in San Francisco, California. The first NIRA All Around Champion crowned that year was Harley May of Sul Ross State University.

The next decade, the era of bobby socks and poodle skirts, was one of difficulty for the NIRA. The 1950s brought problems with structure and finance for college rodeo. The 1956 National Convention addressed these problems by creating a Secretary/Manager position within the NIRA. Alvin G. Davis of Bownfield, Texas, was hired to fill that position. After noted success, Davis then resigned in 1958. Hoss Inman, a stock contractor from Lamar, Colorado, became the second man to hold the job. In 1960, Sonny and Joann Sikes of Sam Houston State University took over, accepting the roles of secretary and office manager respectively.

Entering into the 60s, the Sikes family led college rodeo into consistent membership growth and the television boom. The 1962 College National Finals Rodeo appeared on ABC's Wide World of Sports. NBC aired the 1965 finals, and ABC, again aired the event in 1967. Rodeo at this time was experiencing a huge growth in several arenas, professional and college, the television airtime was a welcomed partner in the growth. Member schools totaled 97 in 1966.

Vietnam, beer, and computers, were the topics of the 70s in college rodeo. National sponsors began joining the college rodeo forces. Vietnam didn't slow the growth of NIRA. Member schools totaled 116 in 1970 with 41of those two-year institutions. The first national sponsor was the U.S. Tobacco Co. Scholarship Awards Program which was created in 1975, offering $70,000 in scholarships to regional and national champions. In 1979, Miller Brewing Company offered scholarships to the ten winning teams in NIRA's regions, as well as the CNFR winning teams.

Hewlett Packard and Montana State University's electrical engineering department developed the first computer scoring system for the College National Finals Rodeo in 1971. This landmark thrust toward the future computer era has offered ease in distribution of information to contestants, media, and secretaries alike. Initially, there were two units at the announcer stand--one for input and one for output, with a huge mainframe located at Montana State University. The changes from then and now are obvious. Now the entire college rodeo standing process is conducted on computers, both regionally and at the CNFR.

In 1970 the NIRA Public Relations Director, Del Higham, predicted further NIRA growth in the Southeast, which at that time included McNeese State University and Northwestern State University. This was a prediction that proved true as an eighth region joined that year, the Ozark region, including Arkansas, Northern Mississippi, and Southern Missouri. With dedicated forces behind the NIRA, growth was still apparent. Higher enrollments at colleges and universities was also an asset in the 70s. 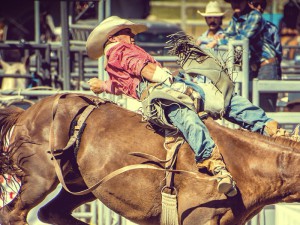 During the silver anniversary year of the NIRA, Tim Corfield, Northwest Faculty Director, joined the Board of Directors. Corfield, a coach at Walla Walla Community College, accepted the Executive Secretary position in 1979, when Sonny and Joanne Sikes retired from their long held posts. The office then moved from Texas to Washington state.

By the 80s college rodeo was at an all time high, with member schools totaling 155. Wrangler Jeans & Shirts signed on as a national sponsor in 1982. The inception of the Wrangler Officials Program was created. NIRA officials now received payment from an official's judging fund.

Feathered hair and bell bottoms behind us, the 90s has been a time of change for the NIRA. The college finals moved in 1997 from a 24-year home in Bozeman, Montana, to Rapid City, South Dakota. New national sponsors have allied, and continue to do so. The National Intercollegiate Rodeo Foundation was created, offering relief for injured athletes, scholarships, historical preservation, and the wellness program “RAWHIDE.”

Over the years, NIRA's history has read like a Who's Who in the sport of rodeo. Roy Cooper, Chris LeDoux, Ty Murray, Tuff Hedeman, Dan Mortensen, and many more, are all champions in college rodeo, as well as professional rodeo. They have added to the success of college rodeo, and created some of it's rich western history.

College rodeo history itself has repeated along the way. Several generations of rodeo families have come up through the ranks. Current NIRA competitors Hope and Kyle Whitaker are following in their father's footsteps: Chip Whitaker was a member of the board in 1969 through 1970. Reno Rosser, now coach at the West Coast's Lassen College, competed for Cal Poly, San Louis Obispo, while many years prior his brother, Lee, was a member of the Men's Team Champions in 1973. Now, Lee's son Levi is competing for the California team. Bruce Hunt, coach at West Hills College in Coalinga, California, is also a college rodeo alumni. His daughter Nora has competed at the college finals and is now attending and competing for the University of Nevada-Las Vegas.

“Preserving Western heritage through collegiate rodeo”, has been a theme repeated over the course of fifty years. Today these efforts are being made through over 100 college rodeos a year, over 3,500 student members annually and 137 member schools and universities. College rodeo has yet to its peak. What will the next fifty years offer?